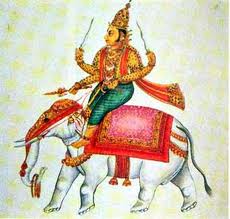 The Rig-Veda is the oldest of the four Vedas and is the most important of the four. The Vedas are the most important texts in Hinduism and the basis of the religion. The word Veda translates to English from Sanskrit as wisdom or knowledge.  In Sanskrit, the word Rig means praise. The Rig Veda is a book of over 1000 hymns praising the gods. Although the Rig Veda is the holiest of the four books, many of the gods that are the subject of the hymns have lost importance. The god praised the most in the book is Indra. Other gods that are highly spoken of are Agni, Soma, Surya, and Varuna. Brahma does not appear in the Rig Veda.

It is said that the ultimate power and authority of the Rig Veda lies with the gods, since they are thought of as the origin of thought and poetry. Some hymns praise human authors that were considered important sages but whose existence isn't confirmed. Originally, the hymns were preserved orally but they were written down in Vedic, a form of Sanskrit, around 300 B.C.E. 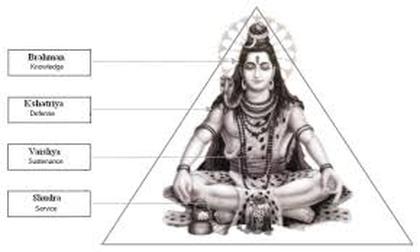 The rig Veda was written by the Aryans who moved to the Indus Valley near the end of the Harappa civilization. The poems and hymns are written and grouped into ten circles, or mandalas. The Vedas formed Indian society and were used to develop the caste system. The Rig Veda teaches how Purusha, the god, sacrificed himself. The different parts of his body represent a different portion of society and the caste system. His mouth became the Brahmin, his arms the Kshatriyas, his thighs the Vaisya, and the feet became the Sudra. This representation was important because although they were divided into “body parts” and castes, it was still a single body.

The Epic of Gilgamesh- Mesopotamia

The epic of Gilgamesh is one of, if not, the oldest written stories. The epic of Gilgamesh comes from the Sumerian Civilization and was written on twelve clay tablets using cuneiform script. The story is about the King of Uruk and takes place somewhere between 2750 and 2500 BCE. The Epic is an explanation on mortality and how humans should appreciate the life they have. Gilgamesh was two-thirds god and one-third human. Gilgamesh was the classic hero: strong and beautiful but he was mortal. He started off as a cruel ruler, raping women and forcing labor to build his great temples. The gods then sent a man to help keep Gilgamesh in check. 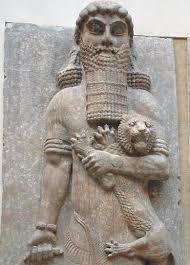 Enkidu lived in the wilderness but was tamed by a temple prostitute. People during that time believed sex and women had calming forces to domesticate wild men and make them civilized. Enkidu heard about Gilgamesh and his atrocities and decides to challenge him. They fought for a long time and after that they become friends. They went on adventures together and defeated demons as well as the Bull of Heaven. The gods punish the two by sending illness to Enkidu.

Gilgamesh is devastated and sets off on a journey, exchanging his garments of a king for animal skins. Not only was he mourning Enkidu, but he was haunted by the thought of his own death. He sets off to find Utnapishtim, “the Mesopotamian Noah.”  The gods granted Utnapishtim eternal life and Gilgamesh hopes he will find out how to avoid death as well. After being warned about seeking immortality and satisfaction with what he has, he finds Utnapishtim. Utnapishtim tells Gilgamesh about the flood and how he was rewarded with eternal life.
Gilgamesh insists that he wants to become immortal so he is given a test by Utnapishtim. Gilgamesh fails the test and is forced to go back home. Gilgamesh returns to Uruk empty handed but he has a realization about his mortality. He realizes he cannot live forever but that humankind will. He learns to appreciate the closest thing to immortality he has and to embrace his achievements.

The Book of the Dead- Egypt

The Book of the Dead, also known as Reu nu pert hru to the Egyptians, is a collection of spells and formulas. Originally, it was carved into the exterior of the deceased person’s sarcophagus, later it was written and illustrated on papyrus. The name of the book translates to “the chapters of coming forth by day.” The point of the writing was to have a guidebook for the deceased in the afterlife. The book was intended to be read by the dead during their journey to the underworld. It was a guide to overcome obstacles and gave passwords, clues, and routes to avoid danger. It was help given from the gods as well as protection in the afterlife.

The papyrus that the text was written on came on papyrus of different quality. The Papyri was bought by the deceased before death, depending on what you could purchase. A high quality papyrus could be bought and it became popular to buy papyrus “off the rack.” The scribe would then fill in the blanks with your name and picture in the -made papyrus. The papyrus was located inside an empty statue or wrapped within the mummy. The book was placed in the tomb along with other items important to the Egyptians to take on their journey.

The pictures illustrated symbolized tests that the deceased person would encounter. The most important test was the weighing of the heart. In the weighing of the heart, the person’s heart would be weighed against a feather and if the heart was lighter than the feather (not weighed down with sin), the person could go on. The earliest Book of the Dead is thought to have been from the 16th century B.C.E. The book was individualized for the deceased so no two books contain the same information.


By Sophia Gonzalez Mayagoitia
Powered by