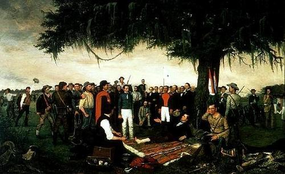 ﻿Spanish American Revolutions 1810 - 1825 – The independence movements took place in the Spanish and Portuguese colonies of Latin America. Theses colonies in Latin America were very unhappy with their rule of their mother countries. Influenced by the ideas of the Enlightenment, the Spanish and Portuguese colonies sought to overthrow colonial rule and become independent nations.
Political Fragmentation – After the independence movements in Latin America, there no unity as there was in North America after their revolution. For example, Mexico’s government attempted to be a monarchy until 1923 when it was a republic, but stayed unsteady because of financial issues and foreign intervention. The unstable Mexican government led to the separation of many nations from Mexican rule. Another example is Simon Bolivar’s state of Gran Colombia. Between 1817 and 1822, Bolivar united three countries (Colombia, Venezuela, Ecuador) into Gran Colombia. However, this nation broke away due to political differences.

Simon Bolivar – Simon Bolivar, a Creole (Native born) elite in Latin America, emerged as the leader of the Spanish American independence movement. He gained support in the colonies because of his military knowledge and his love for independence. He united Venezuela, Ecuador, and Colombia until 1830 into a new state called Gran Colombia. As he was a strong advocate for independence, he would not accept kingship in Latin America. 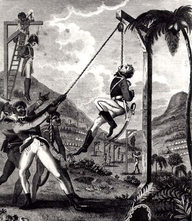 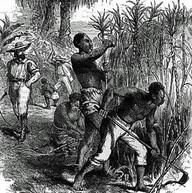 Economy in Haiti – When the slaves were no longer under the rule of their white masters, the economy declined. The country’s economy was mostly based off of the plantation system, and the exporting of coffee and sugar. This economical system largely declined when the slaves took over and there was no one to work on the plantations. Thus, Haiti became a nation of small level, mostly subsistent farmers who exported on a smaller scale. 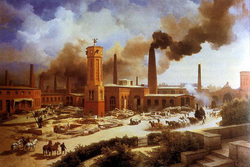 Catholicism- Catholicism came with the coming of the Europeans. Catholicism is a domination of Christianity. Catholicism includes the veneration of Jesus Christ, God, and many saints. By the time of colonization, Catholicism was the dominant religion in Latin America. Through this came many problems, many opposed Catholicism and the Catholic church saying that it took away individuality. 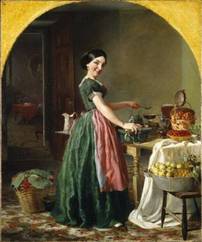 Women – After the independence movements in Latin America, women did not gain very many rights. They were still unable to participate in political activities. Women that were younger than 25 and were unmarried were under the power of their fathers. However, when women were married, they could not work or control their own estates.
·   Lower class women had more freedom in economic areas. They usually ran local markets. They also had more social freedom because they were not under the authority of their families.

In Haiti – After the Haitian Revolution, the citizens were all classified as equal. However, they still preferred lighter skin people to rule. Also, the social inequalities reversed, as blacks were now killing whites and other mixed races.

Social Hierarchy – In Latin America, the creole elites remained in charge of business, plantations, and ranches, even after the Latin American Revolutions. The military often provided social mobility to people. Among the middle class were mixed raced men and women and were usually teachers, shopkeepers, or artisans. Still, blacks, Indians, and other mixed race people were very poor, making up the lower class. Most of the lower class, would work in the mines or on the plantations of the upper class.
Freedom from slavery – Most countries began to abolish slavery, and although slavery was not prominent, racism against Africans, Native Americans, and other mixed raced peoples was still widely practiced by Europeans and people of lighter skin.
Intellectual / Innovation
Enlightenment – Although most of the Enlightenment thinkers did not come from Latin America, their ideas sure did influence Latin America’s movements for independence. Without Enlightenment thinking, Latin American nations would have not wanted to revolt against their governments. 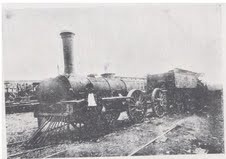 Railroads – By 1860, Latin America was beginning to industrialize and railroads were being built. Usually, railroads would be built from port cities to export producing areas. The building of such railroads provided short travel time and provided for news to travel quickly. These railroads opened up new ways for communication and commerce. 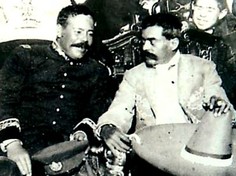 Zapata and Villa – These two men, rural leaders of the Mexican Revolution, were not only political figures; for they were also an innovative duo in Mexico. Porfiro Diaz, the dictator of Mexico in 1906, was revolted against with the help of Zapata and Villa. Zapata and Villa not only helped to get rid of Porfiro Diaz, but they also helped with the land redistribution in Mexico and more rights for peasants.
Simon Bolivar – Like in Mexico, Simon Bolivar was the leader of the Spanish American independence movements against Spain. He was not only a political figure, as like Zapata and Villa in Mexico, but he helped to get rid of colonial rule as well as influence the colonial people into thinking that they need to revolt against Spain.

Romanticism- Romanticism took root in Latin America in the 1830s after the era of independence. This view found the base of its ideas in historical images, culture, and the Indian culture. It was a new view of Latin American nationalism.
Arts and Architecture

Machado de Assis- Assis, born in 1839 of African and Brazilian descent, was a great novelist and poet in Latin America in the 19th century. Assis wrote about the society of his country as well as psychological short stories. He was recognized as Brazil’s greatest novelist of the 19th century.

Jose Hernandez – Jose Hernandez was an Argentine poet who was born in 1834. He is best known for his romantic epic poem called Martin Fierro, which was published in 1872. This epic poem was written about the persecution of the Argentine cowboys, or the guachos. 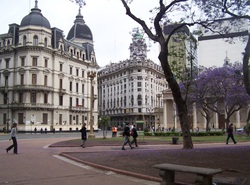 Architecture of Buenos Aires, Argentina – As Latin America became more modernized and their economy grew, their cities became more and more Western. One great example is in Buenos Aires, Argentina. It became the metropolitan area of Argentina and dubbed itself the “Paris of South America.” The buildings there were mostly built in the architectural style of the French and Italian. Incorporated into the architecture are gargoyles, statues, and cupolas. These accents showed influence from Greece, Italian, and French architecture.
http://www.gringoinbuenosaires.com/buenos-aires-architecture/
Themes for the arts – The arts (Poetry, novels, songs, etc.) before the 1870s in Latin America were usually influenced by politics and society in Latin American nations. By the 1870s, however, literature and poems were influenced more by science, modernization, and positivism.
Near Geography
Origins of the Latin Americans – Of course the population of Latin America came from many different places. Immigration, the slave trade, and Native Americans all helped to make up the population of Latin American nations.

Immigration – The Americas was a large and prominent destination for European immigrants. In fact, Latin America received 20 percent of European immigrants. Not only did they help make up a part of the Latin American population, but they also enlarged the white to non white ratio. Because they were considered white, they were given economic advantages as opposed to mixed race, African, and Native America people.
Natural Landmarks 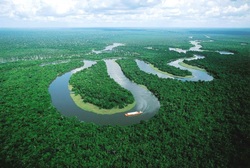 · The Amazon River – The Amazon River is the world’s second longest river starts in the Andes Mountains in Peru flows all the way to Brazil at a length of 4,000 miles, and empties in to the Atlantic Ocean. The river flows through the Amazon Rain Forest, and has a rainforest climate with high temperatures and heavy rainfall. The river was once a popular source of communication and trade in Latin America
http://www.britannica.com/EBchecked/topic/18722/Amazon-River 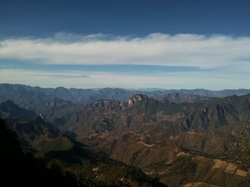 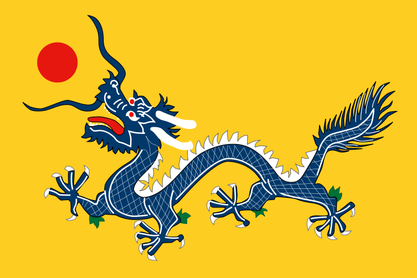 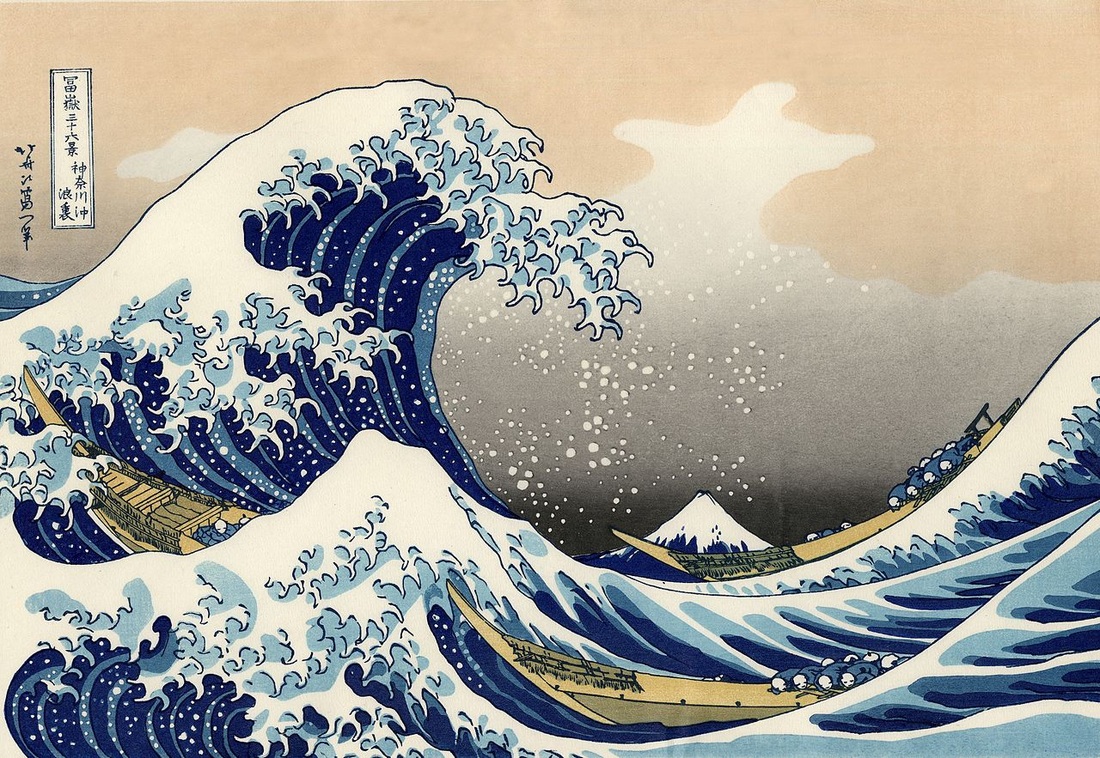 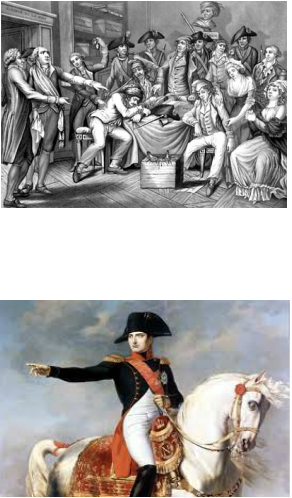 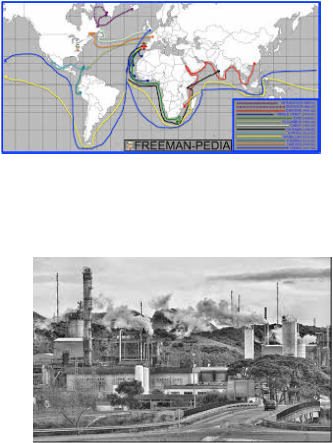 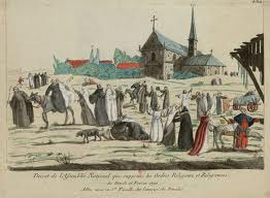 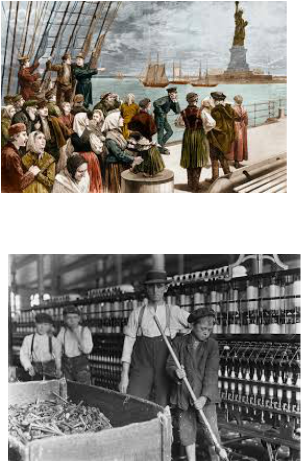 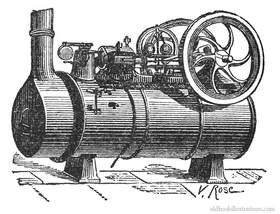 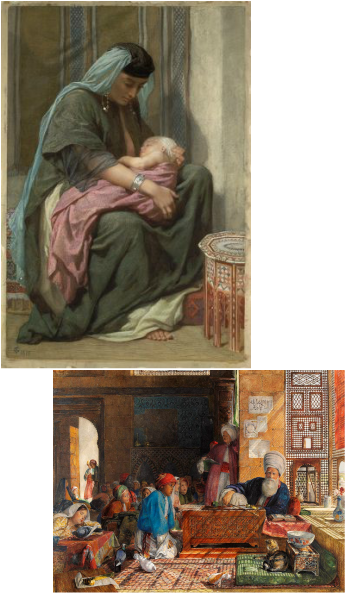 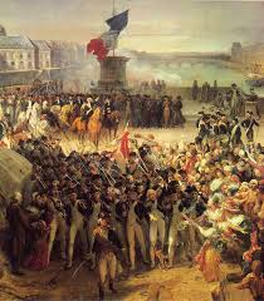