In classical China, China was the strongest power in the world with its strong military and tightly organized state. Chinese were securely governed and the overall power was awarded to the emperor. The emperor, however, was also assisted by a highly skilled bureaucracy. The Qin Dynasty (221 BC – 207 BC) created the first centralized Chinese empire, and thus needed bureaucrats to help run the kingdom.
Throughout the Han dynasty, Chinese bureaucracy expanded. Bureaucrats were used in China to centralize the government and carry out government laws. Bureaucrats made sure that taxes were collected, work was being done throughout the kingdom, and that the central government had power over each person. China had 130,000 trained bureaucrats by the end of the Han Dynasty. To become a bureaucrat, one had to take the civil service examination. The civil service examination, created by Wudi of the Han dynasty was used to test, choose, and train ones who could become bureaucrats.
http://www.pkwy.k12.mo.us/homepage/sehrstein/file/APWorld/ch2.pdf
http://wps.ablongman.com/long_stearns_wcap_4/18/4646/1189489.cw/
http://afe.easia.columbia.edu/cosmos/irc/classics.htm
http://www.britannica.com/EBchecked/topic/112424/Chinese-civil-service
http://faculty.tnstate.edu/tcorse/H1210revised/classical_empires.htm 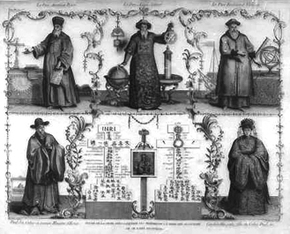 The Bureaucracy in China was a group that was created to centralize the government and carry out the law.

The Persian Empire in the classical era was mostly run by a king with the help of satraps. Darius the First completed this satrapy system.  A satrap was an administrative governor who was appointed by the king. The satrap appointed would be a person of nobility or a part of the royal Persian family. The satrap would govern a satrapy, or a province (King Darius I established twenty satrapies), with the help of a military general and a state secretary who would report back to the central government. The satrap collected taxes and was the absolute judicial leader. The satrap would also make sure that no one province would become too powerful.  However, to ensure that the satrap would not abuse the power given to them, King Darius I made a system of controls, and occasional inspections were made by royal officials.
http://ancientpersians.weebly.com/social-and-political.html
http://www.britannica.com/EBchecked/topic/525034/satrap 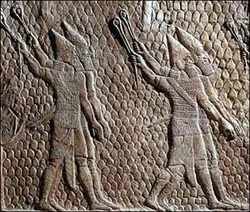 In classical Rome, the Roman Empire was ruled as a republic. The idea was to instill laws for the people to follow and let the people govern themselves.  However, the Senate and the emperor had most of the power. However, imperial governors ruled over the provinces divided by the central government. Emperor Diocletian divided the provinces into 48 provinces to ensure that no province would become too powerful. These provinces were further divided into districts. Also, to lessen the chance of uprisings in Rome, the emperor would provide food, donations, and entertainment.

The Senate was the governing body in Rome. They had the power to confer who had the title of emperor, and they had judicial power. The Senate was made up of patricians, who were the wealthy and noble in the Roman Empire. Members of the Senate were not elected by the Roman citizens. They could approve or disapprove laws, and they could make decisions about Rome’s relations with other countries. Because of the Senate, the Roman Empire became one of the most powerful empires at the time.
http://rome.mrdonn.org/senate.html
http://www.britannica.com/EBchecked/topic/507905/ancient-Rome/26655/Administration-of-Rome-and-Italy
http://ancienthistory.about.com/od/fallofrome/a/20113-Administrative-Units-Of-The-Later-Roman-Empire.htm
http://www.historylearningsite.co.uk/how_was_rome_governed.htm
http://www.pbs.org/empires/romans/empire/senators.html 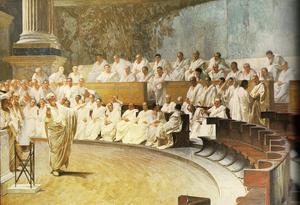 In the Gupta Empire, the administration system was based on hierarchy. The king was at the top of this hierarchy. Kingship was hereditary.  The king’s main role was to protect the country against invasions. The king was assisted by several ministers and civil officials in his rule. The Empire was divided into provinces called Desa or Bhukti and were further divided into districts called visyas. These provinces were placed under the rule of princes. These rulers protected the people against external forces and controlled utility services. The governments of the provinces were also run by a bureaucracy.

Under this bureaucratic system, criminal law and civil law became clearly defined. Criminal activity was low, and finance was based on land revenue. The Gupta Empire had a good army and defended well against foreign powers.
http://theguptaage.blogspot.com/2009/11/administration.html
http://www.indianetzone.com/56/administration_gupta_empire.htm
http://www.civilserviceindia.com/subject/History/prelims/gupta-administration.html