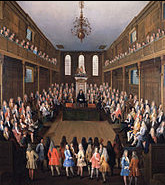 Parliamentary Government – In this time period, many European states were transitioning from a Monarchy government to a Parliamentary government. A monarchy is where a monarch, like a king, is the head authority. A parliamentary government is where a body of cabinet leaders are responsible for making the decisions in a country. Most of the European nations became parliamentary monarchies by the end of the Early Modern Era.
http://dictionary.reference.com/browse/parliamentary+government
http://www.parliament.uk/about/living-heritage/evolutionofparliament/originsofparliament/birthofparliament/overview/firstparliaments/
Colonization – During this period, many Europeans were setting out to conquer new lands and create new colonies. Many of these colonies were in the Americas. The British mostly colonized in North America, while Spain and Portugal mostly colonized in Latin America. This colonization led to much more government subjects, tributes, and taxes. 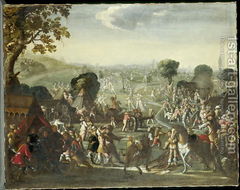 Thirty Years War – This war from 1618-1648 was a conflict between the Catholics and the Protestants. This war was a consequence of the Protestant Reformation and, what began in the Holy Roman Empire, soon came to involve most of politically fragmented Europe. It was finally ended by the Peace of Westphalia in 1648, which gave nations the right to have control of religious dealings within their respected boundaries.
Information taken from Robert W. Strayer’s Ways of the World Second Edition
Economic 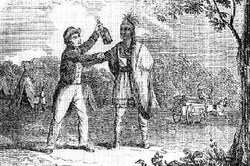 Fur Trade – Although there was not much fur to be found in Western Europe, the Europeans did have their hands in the world’s fur trade. The Europeans, who began colonizing North America in the 18th century, employed Native Americans to acquire fur. Because of the Little Ice Age in Europe, fur became in very high demand. This change in weather also raised the prices of fur dramatically.

Silver Mining in Spanish Colonies
Silver in the Spanish colonies – The Spanish colonies in Latin America were very rich with silver. Since silver was becoming the first international trade, it enriched Spain and its government. The silver mine in Potosi, Bolivia, was the main source of silver for Spain. However, the large amounts of silver that Spain received did not change the Spanish economy because it brought about the rise of prices rather than actual economic expansion. Thus, when the demand and value of silver dropped, Spain was no longer a dominant force in Western Europe. 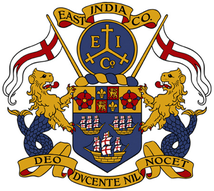 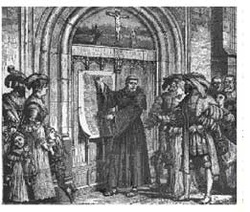 Christianity – Christianity, the religion based off of the teachings of the Bible and of Jesus Christ, spread globally. In 1500, Christianity was found from Spain and England to Russia and Ethiopia to Central Asia and India. Inside Europe, however, Christianity was split between the Western Catholic world and the Eastern Orthodox Christian world.
Spain in the Philippines- When Spain went to the Philippines to acquire natural resources found there; they soon realized that they could convert many Filipinos to Christianity. In fact, Catholic rituals were a main component in being able to colonize in the Philippines. The Philippines turned into one of the only major Christian societies in Asia.
Information in this section taken from Robert W. Strayer’s Ways of the World Second Edition
Society 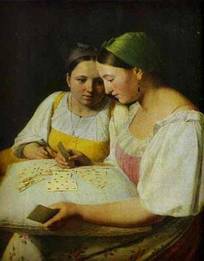 Women – Women in Western Europe in 1500-1750 were seen as inferior to me. Wives and mothers were also put under male supervision. Women could not hold official church positions in the Catholic or Protestant church. Literacy for women did increase because the Protestant Reformation taught reading the Bible for oneself. However, women could not use that literacy much outside of their home. Information taken from Robert W. Strayer’s Ways of the World Second Edition 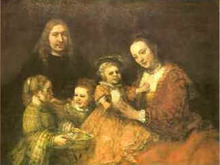 Family Structure – During this time, family structure changed in Western Europe. It was appropriately called the European style family. This style included a new age for marriage. In earlier times, people got married very young. In this new style, though, marriage age was pushed back. Families focused more on just parents and children then on the extended family.

Children – Children were mostly neglected, especially since women in this time period gave birth to about nine children. Parents would rarely form bonds with their children, usually due to the fact that they thought their child would die. In fact, many infants were abandoned outside of churches because the parents didn’t want them.
http://academics.triton.edu/uc/rotnfam1.htm 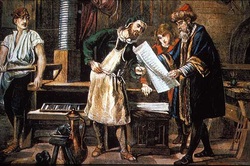 Johannes Gutenburg and his Printing Press
Printing – The moveable type was invented by Johannes Gutenberg in the 1400s. This printing innovation gave way to higher literacy rates in Western Europe. Books were easier to get and were distributed in larger amounts because of the moveable type. It also gave way to new ideas and new thinking.
Information taken from Stearn’s World Civilizations: The Global Experience 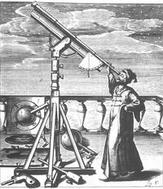 Nicolaus Copernicus – One of the most influential members of the Scientific Revolution in Western Europe was Nicolaus Copernicus. He was a Polish mathematician and astronomer. His book, On the Revolutions of the Heavenly Spheres, published in 1543, gave the theory that the sun is at the middle of everything and that all things revolve around the sun. 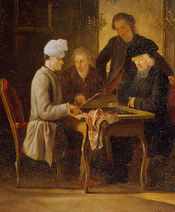 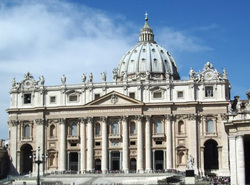 Leonardo da Vinci's Mona Lisa
Art – Western European Art in the time included many different styles of painting and sculpting. These styles include Gothic, Baroque, Romanesque style, and many others. With great art works such as Leonardo da Vinci’s the Last Supper, comes great artists. Leonardo da Vinci, Michelangelo, and Raphael are some of the most famous painters of all time. Some of their works include Leonardo da Vinci’s painting, The Mona Lisa, Michelangelo’s sculpture, David, and Raphael’s painting, School of Athens.
https://histangelproject.omeka.net/exhibits/show/cultureshock/art
http://www.thegreatcourses.com/tgc/courses/course_detail.aspx?cid=7100
Near Geography

Location for colonization – Western Europe was at a prime location to colonize in the Western Hemisphere. They were overall closer to them than other nations. Also, the air currents of the Atlantic Ocean blew in the direction of the Americas, making it easier for the Europeans to sail there. 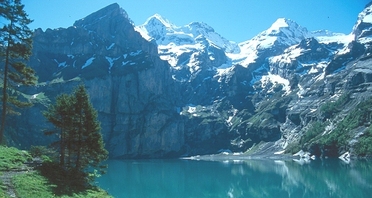 The Swiss Alps in Western Europe
Natural Features – The Rhine River in Germany is the longest river in Germany and provided a route for trade. The Alps, located in France, Germany, Austria, and Switzerland, extends for seven hundred miles and form a natural barrier in between these countries. The Pyrenees Mountains form a natural barrier between Spain and France.
http://www.slideshare.net/kebrooke/physical-features-of-europe
http://www.mountainprofessor.com/the-alps.html
Population Growth – Between the years 1500-1650, Europe’s population grew by twenty percent. This was due to the extensive commercialization and urbanization experienced by Western Europe at that time. Another factor contributing to the population growth was the Columbian exchange. This exchange brought North American food into Europe, thus supplying more nutrients to feed the growing population. 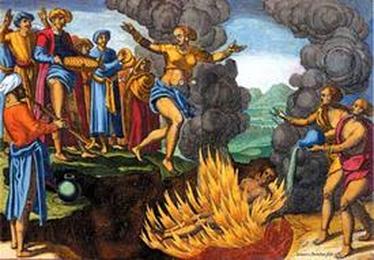 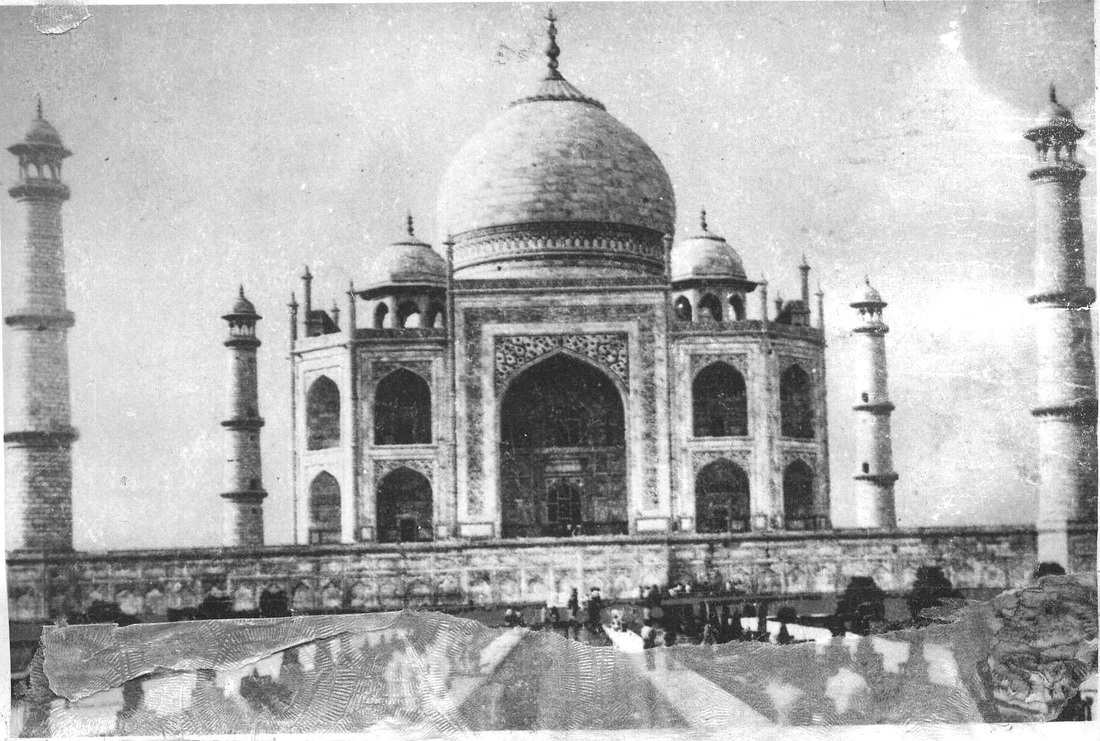 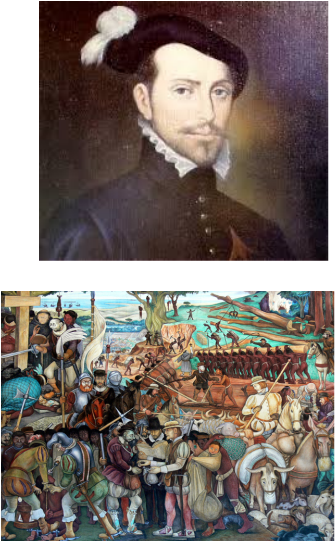 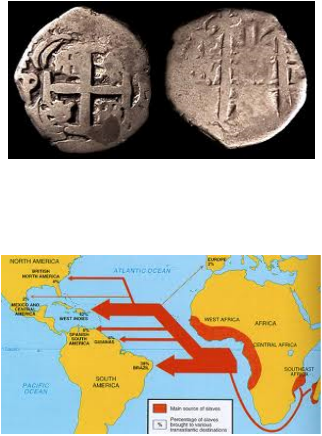 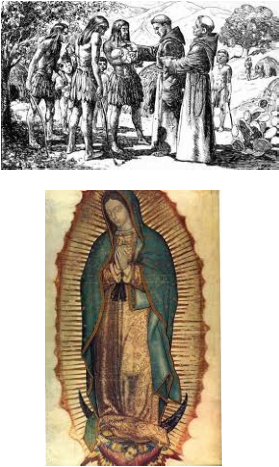 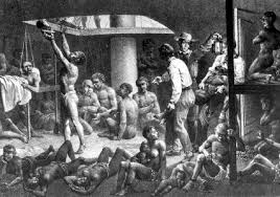 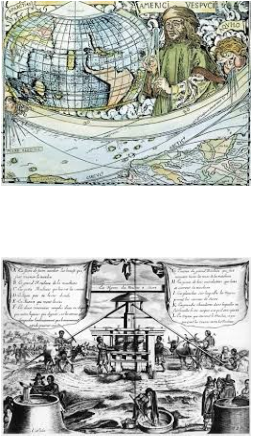 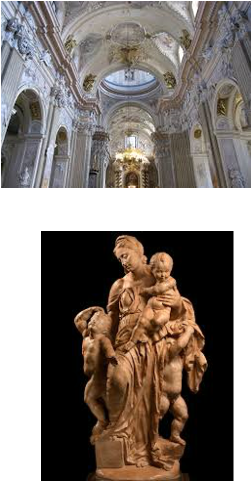 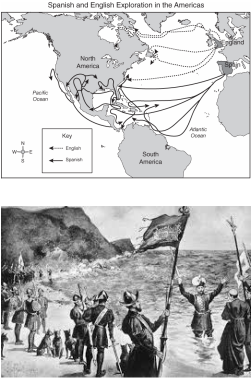